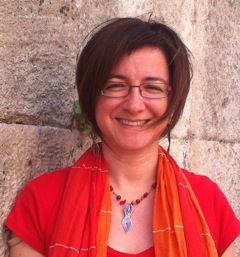 Ayse Gül Altinay (Sabanci University) a guest lecturer and grant recipient of CEU-Sabanci University Joint Academic Initiative was sentenced 25 months of prison. Here is her speech in the courthouse. Please feel to share it as an act of solidarity and support.

Before I respond to the accusations in the indictment, I would like to explain why I signed the statement “We will not be a party to this crime.”

My grandfather Nihat Karayazgan, before retiring as a Staff Colonel from the Armed Forces, fought in the Korean war. I am grateful to life that he came back alive from Korea and that I had the chance to spend a substantial amount of time with him until we lost him during my university years.

I was in Secondary School when I first asked my grandfather, with great curiosity, about his experience in the Korean War. I still have a vivid image of his face becoming dark in response to this question. After remaining silent for a while, he said “war is a horrible thing, my child, everyone suffers in war, horrible things happen to everyone”.

My grandfather, who was a master storyteller with dozens of stories on any conceivable topic in his repertoir, did not have a single Korean War story to share. But the darkness of his face when he said “everyone suffers in war, horrible things happen to everyone” has remained with me since. It was my grandfather who first taught me about the heavy prices paid by those who experience war and violence. I believe that this lesson played a role in my later choice of becoming an academic who does research on war and violence.

I continue to feel responsible, towards my grandfather, myself and humanity at large, to research and understand the kind of pains that my grandfather had witnessed first hand and carried the traces of for a life time, and to work towards making sure that no one else experiences these pains (at home, at school, in the street, or in any other realm of life). Signing the statement “We will not be a party to this crime” was, in a sense, an outcome of this invaluable legacy from my grandfather.

As part of the same research, I also listened to the experiences of young people who had been high school students in Southeastern cities in the 1990s. It was striking to compare these experiences to those of high school students from Istanbul, Izmir and Ankara. Hence, my PhD research also helped me see and understand the heavy burden and psychological wounds of being a young person in a conflict zone.

In the following years, I did extensive research on women’s experiences of violence in the family. One of the most striking outcomes of the nation-wide survey we conducted with Professor Yeşim Arat, with the support of TÜBITAK, was this: What increased a woman’s risk of experiencing violence from her male partner the most was not her level of education or income, nor whether she lived in a city or a village, or whether her marriage had been an arranged marriage, but whether she had witnessed her own mother being violated by her own father. Similarly, the variable that had the most significant impact on whether a man would be violent towards his partner was whether he had witnessed his own father being violent towards his own mother. Based on these findings, this is what we emphasized in our report, and the book that followed:

“According to this survey, violence experienced or witnessed during childhood doubles the likelihood of a man acting violently towards his partner, and of a woman being subjected to violence. This phenomenon, often referred to as the ‘cycle of violence’, underscores the significance of socialization in a nonviolent environment. Hence, it becomes important to raise awareness against violence in society at large, and to emphasize – particularly through media and textbooks – that violence is not a legitimate tool to resolve conflict.” (Altınay ve Arat 2007, s.110)

We know that every individual, every family in this geography has suffered from past wars, migrations and experiences of violence. In terms of the cycle of violence that trauma studies alerts us to, we live in a challenging, vulnerable geography. As the daughter of a mother whose family had to emigrate from Yugoslavia and the grandchild of a (paternal) family that embodied the intergenerational scars of past wars, from the First World War to the Korean War, I spent the past 20 years trying to understand and to move beyond these cycles of violence.

In every book, article and essay that I wrote, every talk that I gave in these 20 years, I tried to make visible the heavy outcomes of violence, and to research and share the possibilities of a society, politics, school, family, relation and communication free of violence. Not only have I not uttered a word that transmitted, encouraged or legitimized violence, I have not signed any statement with such content, either.

I signed the statement “We will not be a party to this crime” because it was a text that invited all to search for peaceful solutions to the problems we were facing, and that reminded the government, which represents me as a citizen, of its responsibility to act under the rule of national and international law.

What we were witnessing in the last days of 2015 pointed to an alarming direction regarding Turkey’s present and future. Indeed, the reports published by national and international human rights organizations in the past three years have confirmed these concerns (see Office of the United Nations High Commisioner for Human Rights, 2017).

I signed the statement “We will not be a party to this crime” with the feelings of responsibility I had as a citizen and an academic who has worked on trauma for many years, for a peaceful future that I believe is a basic need for us all.

In the context of the freedom of expression guaranteed under the Constitution and the European Convention of Human Rights, I regarded this text as one that embodied a democratic warning, demanding steps towards peace and the implementation of national and international law.

I signed this statement because I believed that the Turkish government and state are capable of resolving all issues on grounds of respect for the human rights of every citizen, and of stopping this course of events whose traumatic outcomes will take years to heal.

I signed it because I believed that adopting the norms of national and international law, as demanded in the statement, will make our society more democratic and more peaceful.

We know that justice is the essential element of a democratic regime, as well as being a crucial part of the mechanisms of repair. In order to heal the traumas transmitted from one generation to the other, and to come out of the cycles of violence we have been suffering from, we need reparative justice more than ever. I believe that everyone working in the field of law and justice has the potential to make a major difference in the efforts to break these cycles of trauma and violence.

Not only do I not know the names of or am aware of the statements by the people cited in the statement, I would regard the suggestion that I have signed this text – or any other – based on the statement or direction of someone else as an insult. What has shaped my research so far, as well as my existence in this life, is the understanding that every single being is unique. At the university and outside of it, I have been working to open spaces for people to express their unique creativity, free will and difference.

I utterly object to the suggestion that signing the statement “We will not be a party to this crime” constitutes an act of “propagandizing for a terrorist organization.” To the contrary, I regard it as an act of conscience for a peaceful future shaped by nonviolence, democracy, and human rights law, a future that every individual in these lands (and in this world) desperately needs.

Every individual, every family living in this geography has suffered from past wars, migrations and experiences of violence. In terms of the cycle of violence that trauma studies alerts us to, we live in a challenging, vulnerable geography.

Yet, what we make of these past experiences of pain is up to us...

Are we going to turn our pain into more violence, hate, pain and injustice, or into steps that multiply life, beauty, love, peace and justice?

This is the main question that shapes my work and my life.

I firmly believe that we all have new steps we can take towards healing the traumas that have been transmitted from one generation to the other, and to break out of the cycles of violence that we are living through.