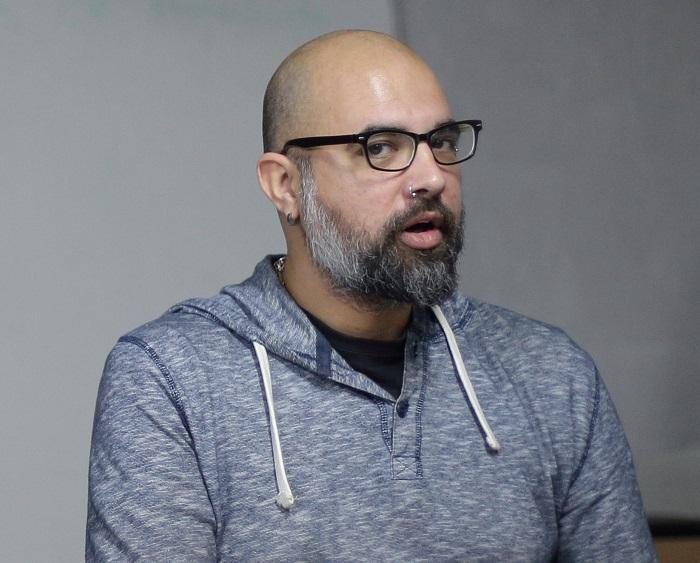 Country:
Bulgaria
Year of Enrollment:
2013 to 2019
Contact person by email

Stanimir Panayotov (1982, Sliven, Bulgaria) holds a BA in Philosophy from Sofia University (Sofia, Bulgaria) and MA in Philosophy and Gender Studies from Euro-Balkan Institute (Skopje, Macedonia). Currently he is finishing his PhD in Comparative Gender Studies at the Central European University (Budapest, Hungary), with a specialization in Medieval Studies, titled A Contribution to the Problem of Disembodiment in Continental Feminist Philosophy. He works at the intersections of continental and feminist philosophy, non-philosophy, Neoplatonism and new/speculative realism, and has specialized in these fields at Institute of Philosophy, Slovenian Academy of Sciences and Arts, Ljubljana (2013); Institute of Social Sciences and Humanities - Skopje (2015); Linköping University (2016); American Research Center in Sofia (2016/17); Center for Research in Modern European Philosophy, Kingston University, London (2017); Utrecht University (2018). Co-director and co-organizer of Sofia Queer Forum (Sofia, 2012-present), as well as Summer School for Sexualities, Cultures and Politics (Skopje/Belgrade, 2012-2017). He has editorial and publishing experience with the publishing projects Anarres and Collective for Social Interventions (Sofia, 2012-2017). Since 2017, he is Junior Researcher at Institute of Social Sciences and Humanities - Skopje, and the editorial manager of Identities: Journal for Politics, Gender and Culture, as well as editorial board member of Oraxiom: A Journal of Non-Philosophy. He has translated into Bulgarian books and texts by authors such as Wendy Brown, Judith Butler, David M. Halperin, McKenzie Wark, Jasna Koteska, to name a few. His first poetry book God vs F31 was published in 2013, and also intermittently writes about contemporary art practices and theories, as well as experimental music.

A Contribution to the Problem of Disembodiment in Continental Feminist Philosophy