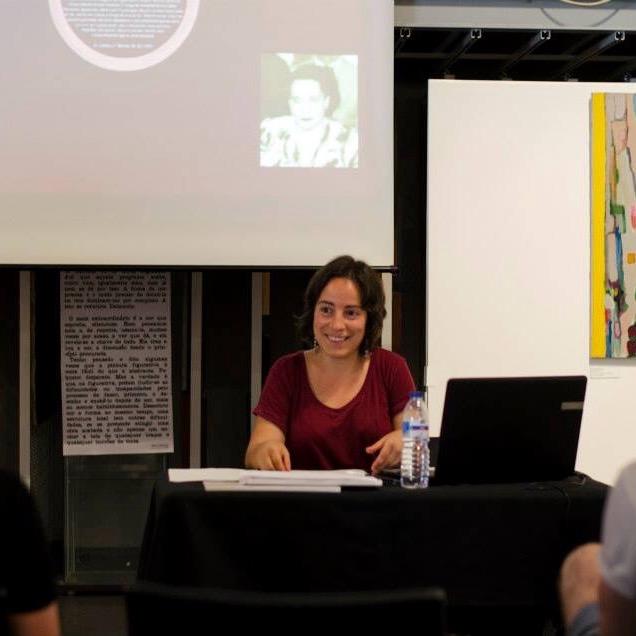 Country:
Portugal
Year of Enrollment:
2014 to 2022
Contact person by email

Lopes Braga holds a Master´s (Best MA Award 2013/2014) and a Bachelor´s degree (Merit and Excellence Luiz Krus Award) in Musicology from the New University of Lisbon. She is a researcher of the Sociology and Musical Aesthetics Research Center (CESEM, FCSH-NOVA), where she co-founded NEGEM (Study Group on Gender and Music). Lopes Braga was vice-President of the Portuguese Society for Music Research (SPIM-PSMR) from 2013 to 2015.
She co-translated the book "Countersexual Manifesto" by Paul Preciado to Portuguese, published by Unipop in 2015.
Having studied music in the Conservatório Calouste Gulbenkian de Braga, Lopes Braga is a trained classical musician and former music teacher. She has performed in several groups, bands and choirs of many genres mostly as a singer, but also as a pianist. She has also studied drama and acted in several theater groups in Portugal. Helena Lopes Braga released an EP in 2017, "Sem", and she was part of CoLeGaS, an LGBT choir from Lisbon from 2012 until 2017.
Helena Lopes Braga is a feminist and LGBTQI+ activist.

Currently preparing her doctoral dissertation for defense in 2022. Also preparing an edited volume with the diaries of Francine Benoît.

Francine Benoit (1894-1990): Gender and Politicis in the Shaping of a Professional Music Career and its Legacy

Article on the history of women conductors in Portugal (in Portuguese)