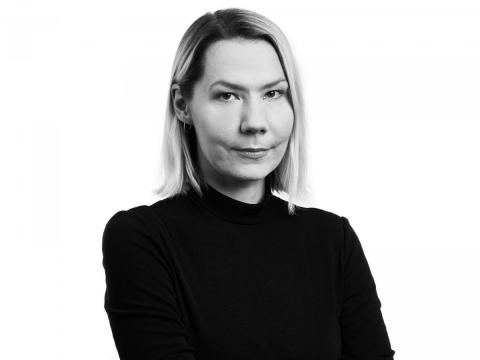 Piret Karro graduated with distinction from the Critical Gender Studies MA program at CEU in 2020. Her MA thesis „You’re being hysterical“ and „This is a witch-hunt“: Discourses discrediting gender in Estonian media was awarded an honorary mention by the Estonian Science Council.
Her current research interest on the development of feminisms in ex-Soviet spaces grew out of her studies at CEU, where she realized that feminist movements in Estonia have not been researched enough, despite the region having been important in the history of global (working class) women. She is currently preparing her curator project 150 years of Estonian feminism which will be opened in March 2023 at VABAMU Museum of Occupations and Freedom (Tallinn, Estonia), where Piret works as the Curator and Head of Exhibitions.
As a Curator, Piret is one of the MuseumsLab 2022 fellows, participating in a knowledge exchange program between museum workers from Europe and Africa.
Piret Karro is also active as a freelance writer and poet. She has published critical essays and articles since 2011 in Estonian literary journals, magazines and daily press, and worked as the cultural editor at the biggest Estonian subcultures magazine Müürileht in 2015–2018. Her monthly column Power and Gender was published in the cultural weekly Sirp in 2020–2021, in which she wrote about how power relations always play into our gendered social lives. She has also published poetry in literary magazines, and performed her poetry at feminist events at the Kumu Art Museum, the literary festival HeadRead, as well as her and Laura Põld's solo exhibition Shedding Skin at Vaal Gallery in 2020. A selection of her poetry and other texts have been translated into Hungarian, Russian, Lithuanian, and English. In 2022, she participated as the dramaturgical hand in the contemporary performance piece Pure Pink Pox by The Biofilm Sisters, and as a writer at the Artishok Biennale 8: Plants as Witnesses, which juxtaposes the works of 10 artists with the writings of 10 authors.