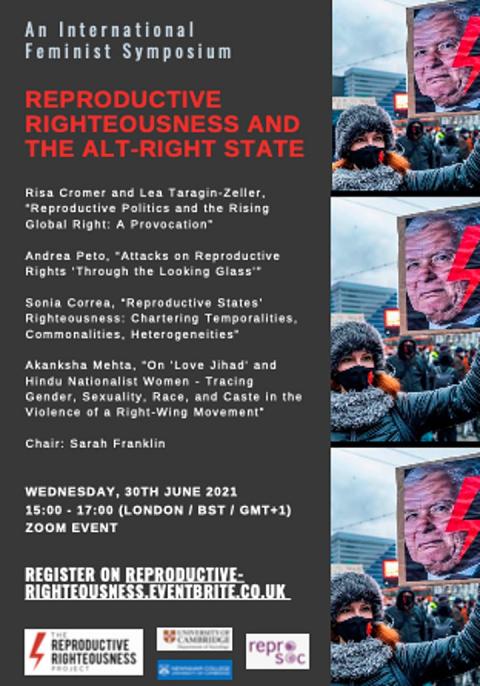 Andrea Peto, “Attacks on Reproductive Rights ‘Through the Looking Glass’ ”

Akanksha Mehta, “On 'Love Jihad' and Hindu Nationalist women - Tracing Gender, Sexuality, Race, and Caste in the violence of a Right-Wing Movement”

The Reproductive Righteousness Project is a new initiative launched by ReproSoc to explore the ways in which families, fertility and reproduction have become increasingly important discursive moral devices through which right wing populist leaders invoke the threat of national, social and cultural decline. From Trump’s “America first” to Kaczyński’s “there is only one Poland,” expressions of ethno-nationalism, right-wing populism, and authoritarianism are increasingly central to right-wing authoritarian regimes. This project brings together feminist scholars with wide-ranging expertise to collaboratively theorize expressions of what we call “reproductive righteousness.”