The Women of the Arrow Cross Party - the new book by Prof. Andrea Pető is published

The Women of the Arrow Cross Party

The Department of Gender Studies proudly presents the new book by Andrea Pető. 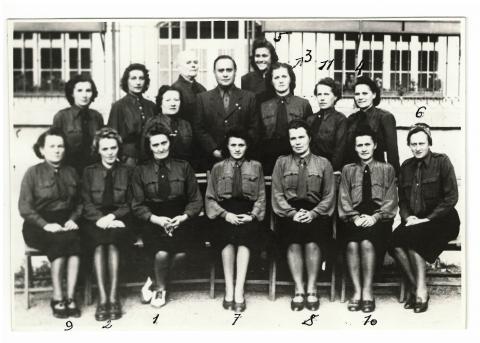 This book analyses the actions, background, connections and the eventual trials of Hungarian female perpetrators in the Second World War through the concept of invisibility. It examines why and how far-right women in general and among them several Second World War perpetrators were made invisible by their fellow Arrow Cross Party members in the 1930s and during the war (1939-1945), and later by the Hungarian people’s tribunals responsible for the purge of those guilty of war crimes (1945-1949). It argues that because of their ‘invisibilization’ the legacy of these women could remain alive throughout the years of state socialism and that, furthermore, this legacy has actively contributed to the recent insurgence of far-right politics in Hungary. This book therefore analyses how the invisibility of Second World War perpetrators is connected to  twenty-first century memory politics and the present-day resurgence of far-right movements.